How to work with concrete

Here's some tips and links:

Lifewater A page about concrete from a Well-making charity.

Art Concrete Tips on how to use concrete for art.

Well... here it is at last... I have started working with concrete... and discovered that I'm going to need to hunt for a lot more moulds! I started by filling a mould with water in order to give me the right amount of concrete, but even with pouring most of it on the floor (see pics!) I still made much more concrete than I needed for that one mould. I'm also cheating with three moulds but sticking extra bits on polystyrene over "holes" in the mould. I'm just hoping that the concrete comes out easily, and I can re-use the moulds.

Here are five of my favourite current works: 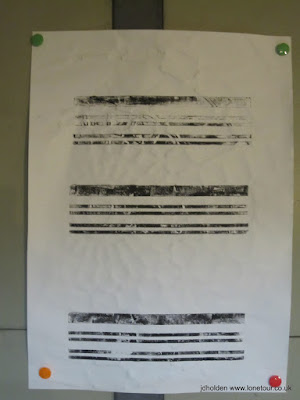 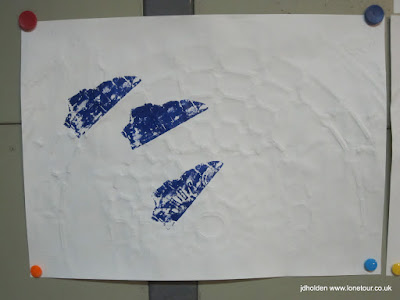 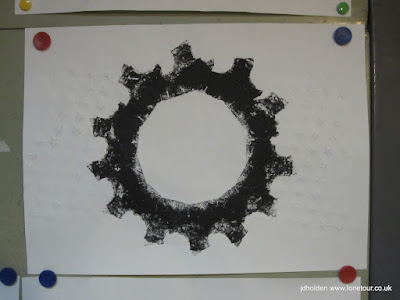 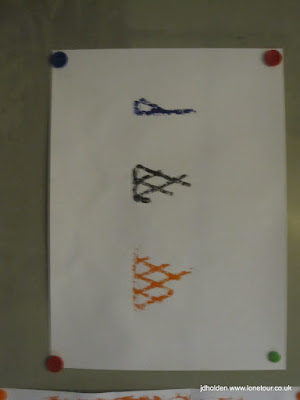 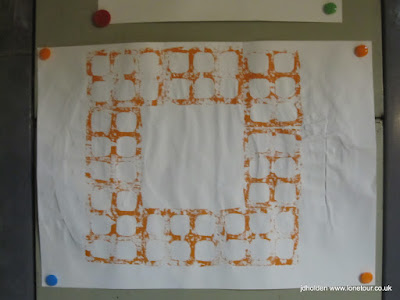 Comments on "WIP - The City"

My first series of "Works on Paper - The City" are coming on rather well, though I do say so myself. It should be apparent that some of these are pretty raw, rough ideas, and that others are fairly close to what the final pieces will look like. I've enjoyed the discipline of working with limitations - limited colours, shapes, embossings; but also limited titles too. Some of the titles have given me more of a problem than others, and I am trying to do two or three ideas for each title, in order to give myself more opportunity to create a coherent whole, to feel that the language of the work is coming together. I'm trying to follow the advice Michael Young gave to Julie Mehretu "to make drawings, hundreds of drawings. To get lost in the process." I am hoping this will lead me, as it has for Mehretu, "to use her new vocabulary of marks...[to create] an internal world made in a language of her own invention" (The New Yorker Mar29,2010).

This is one of my first attempts at printing. I realised that there was a real sense of movement here, potentially falling off the page.

And this one gave a sense of meandering across the page, and off the paper.

It was these first attempts that gave me the idea of looking to create a series based on typical art adjectives (see an earlier blog for more on this). And this arrangement of the same "word" created, for me, a sense of floating unmoving light solidity. Not like a balloon which is shaken by the wind, but like an alien spaceship, with no apparent source of energy keeping it mid-air.